The Health of the Grower

Rodale Institute in Emmaus, Pennsylvania, is considered the founder of the organic gardening movement in this country. A few years ago, Rodale discovered that some of the farmers who were coming to them for advice and help came because they were sick. Worse still, their families were also sick. The reason was that not only were they eating the foods they were growing with heavy chemical inputs but also their very environment where all the chemicals were polluting the air and soil was also making them sick. If you are a gardener, you intend to become healthier because you’re growing your own foods. You certainly don’t want to become sick because of it.

When organic gardener Sir Albert Howard saw that his plants were being attacked by pests, he knew that what needed to be fixed was the soil, not the predators. If you use pesticides, you kill everything—both the good pests as well as the bad ones. You need the good ones because they are the ones who will get rid of the bad ones if you give them a chance. Also, if your plants are healthy and strong because they are growing in good soil, they won’t be damaged by the pests.

What Do You Do about Weeds?

A weed is not very different from a pest. You can have a soil expert come and look at your organic garden and he can tell you what the soil needs by the weeds that are growing in it. In the first place, weeds grow naturally to cover soil to protect it from erosion. So cover your soil! Use mulch. Also, weeds will seek out fresh minerals when the topsoil doesn’t have them. This you can fix with composting. A few weeds may be good because they will open up the soil so the vegetables will grow better. Besides, earthworms grow better in this environment. If you’re afraid they’ll steal nutrients, then make your soil more fertile.

This is the reason most of us want to grow our own food in our own organic gardens. We get food scares frequently enough that we long to eat food we’ve supervised from start to finish. Besides, if you’ve ever tasted a tomato grown organically, you don’t need any more reasons to go organic! Nothing beats the fresh taste of vegetables and fruits straight from your own organic garden. They’re picked at the best possible moment, of course. The varieties you grow at home are not the same as those grown commercially because you don’t have to take into account shelf life. Add to that, tests have shown that the nutritional quality of organic home-grown is much better.

If it comes out of your own organic garden, you know where it comes from. A lot of the foods we buy at the supermarket come from other countries, where there are no limits on what inputs may be used to grow vegetables, fruits, and melons. From time to time we hear of truly egregious examples of food that is so polluted that it is not safe for human consumption coming from those countries and being sold here. We know from recent news reports that the regulating of food coming into the country from elsewhere is flawed at best.

CLOSED FOR THE SEASON
See you in the SPRING of 2023!

Closed for the Season! 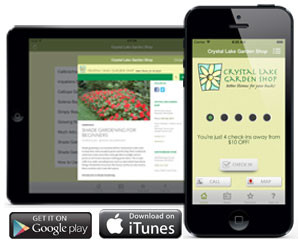